Calculating the total cost of ownership for business software is as daunting as the name suggests. This may be why many executives tend to underestimate true TCO, or leave it up to speculation. As an article in CIO.com noted, the difficulty of fully understanding TCO means that it is often simply ignored when making crucial business decisions. There's more involved than just the initial cost of purchasing the software and equipment. There's also maintenance and staff upgrades to consider. There's the downtime incurred by implementing new software. Executives also often overlook the costs of retiring a solution once it's reached the end of its lifecycle or is no longer useful.

Considering this could prove to be a significant investment over the life of the software, and an even bigger expense if the wrong solution is chosen, it's essential that TCO gets appraised as accurately as possible before pulling the trigger. That could mean planning for hidden costs related to equipment and support, and cross-referencing them with the software specifications. Determining the true TCO for an on-premise solution means getting bogged down in speculation in many cases.

Fortunately, a cloud WMS makes the TCO calculation simple. With minimal upfront costs and support expenses built into the license, it's no wonder why supply chain executives are moving into the cloud en masse. Just about any way the numbers are crunched, a cloud WMS comes out ahead of the alternatives.

"Businesses have been slow to move to the cloud, despite measurable benefits."

According to a report from Gartner Research, businesses all over the world have been slow to move their essential services into the cloud, despite the clear financial benefits this shift would bring. This is due primarily to a general misunderstanding of the true costs of cloud solutions.

"Despite the hype, the uptake of cloud computing as a solution has not been as rapid as first anticipated, in part because of the confusion created around the financial benefits," Gartner researcher Sanil Solanki said. "While it's said to be cheaper than on-premises, cloud gets push-back from the finance function because it increases operating expenditure (opex) costs."

In practice, however, cloud solutions provide a benefit in ways that may be harder to measure. There is a clear advantage when it comes to initial expenses, since cloud software often requires no significant capital investment before it's up and running. While operating costs could rise due to licenses, businesses will still be able to retain more cash on hand thanks to the lack of capex allocation. Gartner also noted that expenses can then be further curtailed thanks to cloud's agility. This all adds up to much lower opportunity costs down the road.

The immediate savings made possible with cloud solutions make them a great choice for fast-growing small- and medium-sized businesses. Writing in Forbes, Steve Banker made the point that cloud WMS is the obvious choice in terms of lower TCO. Software gets implemented faster for little to no downtime, and upgrading to the latest version is automatic. With less need to continue customizing and servicing a cloud WMS, IT costs are drastically reduced. This balancing of short- and long-term expenses is the perfect formula for high-growth e-commerce businesses that can't afford a finicky on-premise solution.

Customization: Not how it sounds

Banker also made the point that a common desire for business users who are looking for a new WMS is the ability to customize it. This is what often leads them down the path of an on-premise solution, according to Banker. However, it's customization that ultimately leads to budget overruns and unsuccessful implementation in Banker's experience.

"In theory, an on premise solution could be put in with no customization," Banker wrote in Forbes. "I've just never seen it."

Instead, many businesses are realizing that having a solution that works "out of the box" is much more cost-effective than one that needs to be tinkered with before it begins delivering results. Banker noted that particularly in the case of the WMS, on-premise software suites that require constant upgrades also often require renewed licenses for those upgrades, and therefore lead to bigger expenses that originally anticipated. With a cloud solution, however, this didn't hold true.

"Because cloud upgrades are so much easier, it is likely companies will retain their existing cloud solutions for longer than they would with traditional solutions," Banker wrote. "That means users will also continue to have access to new features and functions."

The very nature of TCO makes it a very complicated calculation. Still, more businesses are realizing that with the cloud model, it is possible to have the best of both worlds. 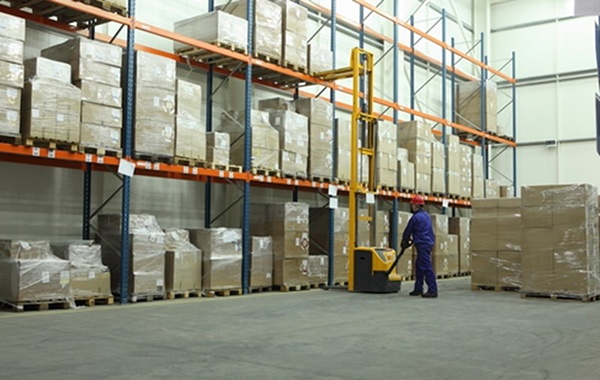